When my friend’s daughter  joined a professional college, she made a few new friends. Since their classes started by 8 am every morning, the friends would ring each other up at around 6 am, kind of like a wake-up call, so that none of them would oversleep and they could all come to college on time.

This arrangement suited them fine and everything went on well for some months.

Early one morning when my friend’s daughter was hovering between sleep and wakefulness and wondering how many more minutes of shut-eye she would be able to squeeze in before the wake-up call came, the phone rang.

Cursing her friends for being more prompt than a rooster on a farm yard, she answered the call and in her semi comatose state heard her friend Geetha say:

Jolted awake by the appalling news, she tried to find words to console Geetha, but her grief stricken friend had rung off with a sob.

My friend’s daughter called the other friends in her group and told them that Geetha’s father had passed on.  The unhappy girls discussed the matter for some time and decided to make a condolence visit to Geetha’s residence and pay their last respects to her father and also support their friend who would be disconsolate at a time like this.

It was agreed among themselves that they would meet in college, take a call-taxi and go to the bereaved one’s house.

They acted upon their plan and arrived at their friend’s place with much trepidation.

The house was quiet with no signs of any activity.

The door was opened by Geetha’s mother who lifted her eyebrows in surprise to see the bunch of  sad girls standing at her door steps.

The girls stammered, “Aunty, Geetha told us … we came to offer our condolences.”

With more eye-brow lifting the lady exclaimed, “Good Heavens! ” and took them indoors.

“Anyway he was lame. Good he went quickly without suffering much.”  She said and her levity troubled the visitors.

Also there was no sign of her husband’s body or of her daughter Geetha.

“Where is Geetha, aunty? they dared to ask.

“I made her go to college. She would have been crying the whole day, if she had stayed home.”

The girls sat for sometime not knowing what the protocol was at such a place and also bewildered that Geetha’s mother was making small talk with them.

After sometime, they stood up to leave.

“It was very sweet of you to have come.” The mother mouthed even though her expression seemed to say that she found them droll.

“So sorry aunty.” They said as they trooped out, somber as pall bearers at a  funeral.

Geetha meantime had reached their college. Searching for her usual group of friends, she was told that they had gone to her house. They had received information that her father had died.

It was Geetha’s turn to be shocked.

She hurried home and just as she landed at her door, bawling like a baby,  her visibly distressed friends came out, followed by her mother.

The mother already thinking that it was a bit too much that she had to deal with a crowd of  dismal youngsters on an empty stomach prior to eating her well cooked breakfast, was put off to see her daughter joining them as well, crying, ‘daddy, daddy.’

A minute later, someone else also stepped out to join the bewildered party.

It was Geetha’s  father himself.  Large as life. “Can a man not have some peace in this house?” His voice rang out.

The girls  stood shell shocked. What was happening? It was the most awkward two minutes of their lives.

Imagine this scenario. You think a man is dead. But he is not . How do you tell him, “Sorry uncle. We thought you had died. You haven’t?  Our mistake. Sorry again.”  That too after you had just offered your condolences to his presumably bereaved wife.

It was a tricky situation. Not something you could talk your way out off. Nothing but the truth would suffice.

So the preposterous story was told in halting tones by the friends, punctuated with loud guffaws from the father, many exasperated noises from the mother and giggling from Geetha.

Geetha’s original message which had made her friends hurry to her home had been:

Their loyal Pomeranian, the darling of the household and Geetha’s loving pet had breathed his last that morning and had been buried under the neem tree in the garden.

A message received while still half asleep had led to this embarrassment.

For all their troubles, the girls did not get to see a corpse that day, of a man or  an animal.

They went back to college having missed most of their morning classes and  their classmates who heard the story never let them live it down. They were always known as ‘the girls who went to a canine’s funeral.’

As for Geetha’s pop, he did not miss an opportunity to tease my friend’s daughter with these words:

“On the day I died,  it seems like your  hearing faculty had gone to the dogs! 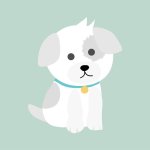 7 Responses to My Pop Died.