I Think Of You Everyday My Friend.

Posted on February 4, 2015 by Talkalittledo - For Life Is Funny. 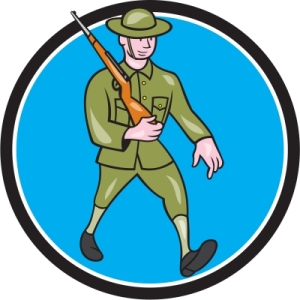 Manoharan and Johnny were the best of friends. You cannot help forging the deepest of love and respect, when you had to march all the way from India to Burma during the Second World War.

They were soldiers in the Indian army in the Burma Campaign fighting not just the Japanese but also braving the difficulties posed by hazardous terrain, horrible climate and debilitating diseases.

When the greatest war in world history ended the two men were still posted in Burma.

After the hostilities were over and truce reigned, the soldiers came back to their native land. The friends swore to keep in touch when they parted.

But you know how things are when you come home after a long absence; your people are waiting to bear you away, to take up different duties, to wear different mantles.

Those were the days before cell phones and Internet connections.  Johnny and Manoharan, lost touch with each other.

The years rolled by. After five or six years the two friends were  invitees at the same wedding in old Madras and spied each other across the hall.

They came towards each other to take a closer look and shouted with joy on discovering that the other person was indeed their long lost friend.

They were overwhelmed and after preliminary back thumping and hugging, they introduced their wives to each other.

Both their wives said in unison, “My husband is always talking about you.”

Then they introduced their little sons to their best friend.

“This is my son, Johnny,” said Manoharan.

“And this is my son, Manoharan,” said Johnny.

After the war, they had never met. But each had named his son after his friend without the friend knowing about it.

There can be no better salute to friendship, than this.

Or a true testimony to India as a secular country!

Hi. There is comments box at the end of the page. Do leave your thoughts on this blog here.

This entry was posted in Vintage, We Indians! and tagged Burma, friends, love, respect. Indian, war. Bookmark the permalink.