Lost And Found At The Airport 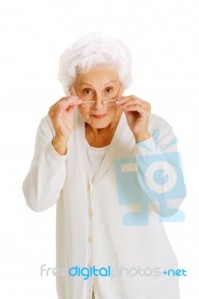 I lost my favorite jewelry at the airport, but luckily I got them back.

I am 70 years old. I am just a frail old woman, who looks like your average grand mother. Hanky Panky is the last thing one would associate with me.

Let me begin at the beginning.

My eldest daughter lives in Singapore. I was travelling alone from my hometown to visit her. I have done so quite a few times before and I knew the procedure. I was confidant of breezing through the customs clearance.

Something in my handbag seemed suspicious on the X-Ray Scanner. The customs officials thought that I was carrying a KNIFE!!

I was taken to the side, the contents of my handbag was dumped into a tray and every item in it was scrutinized.

I felt miserable, lonely and lost. To add to my woe, the customs clearance personnel were all from North India and talked among themselves in Hindi, a language I was not proficient in.

Finally, they discovered what the metal detector was highlighting in my handbag.

It was my spectacle case.

I had recently had laser surgery done and was given special spectacles in a case. A metal needle held the lid of the case together. It was this tiny piece of metal that was projecting itself as a knife during my customs check up.

Even after identifying the problem, I was not let off at once but was made to wait for nearly 45 minutes. 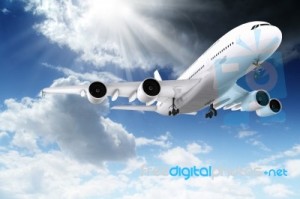 When  the boarding for my flight was announced I approached the customs officers again.

They handed over the tray with my stuff and told me,

Now another problem crops up.

Among the items in the tray, one important item that I had carried in my handbag was missing. It was small black pouch that contained my gold jewelry, a pair of earrings and a chain.

I tried to explain to the men that my pouch was missing. But they were too busy to heed to my pleas. Many flights were boarding and they thought I was a hysterical old woman vying for some sympathy.

They just urged me on saying, “Its late. Keep going.” Or that was what I thought they said, in Hindi.

I was sad at the loss of my precious ornaments and distressed throughout the journey. When I reached Singapore I told my daughter what had happened.

My daughter immediately called my younger daughter’s mother in law in India and complained to her.

The mother in law, a smart woman who will not take anything lying down, promptly called a friend, who was also a customs officer at the airport.

This friend assured her that nothing could be taken out of the airport, as at it was under 24 hours surveillance. If we were to make a formal complaint within 48 hours about the loss, it would be retrieved, if I had really carried such a pouch in my handbag.

My youngest daughter, wasting no time called the manager of the airport and related to him the incidence leading up to the loss of my pouch.  At first the manager took umbrage to her utterance and sternly asked her:

“Are you accusing us of stealing, Madam?”

My daughter was quick to reassure him, “No, sir. I am just telling you what had happened.”

“I will call you back in ten minutes” said the manager before ringing off.

True to his words, he called back in some time.

They were able to locate my pouch in the Lost and Found Department of the airport.

After some formalities, the airport authorities handed over my jewelry pouch to my daughter.

I was happy that I got my ear rings back. They were my dad’s gifts to me so many years back and held much sentimental value.

It was some days before I calmed down and came back to normal. I pacified myself by thinking, “After all they were just doing their duty.”

But like I said, I am just a frail old woman…Hanky Panky is the last thing one would associate with me!

This entry was posted in Vintage, We Indians! and tagged airport, customs, elderly, found, Indian, jewels, lost. Bookmark the permalink.

10 Responses to Lost And Found At The Airport