This gentleman man shares his story with us to create awareness among the youth about drugs and substance abuse.

I shudder when I recollect this story even though it happened many years ago. I don’t want my name mentioned here. I studied in a city college in Chennai. But my house was in Arakkonam, which was about 50 miles from Chennai.

Every morning I would board the electric train from my town and travel to the city and in the evening take the same train back home.

Many students from villages and small towns around Chennai also used the electric train every morning to commute to city colleges and every one seemed to know everybody else on that train. We were like a large gang of friends even though we were from different towns and studied in different colleges.

Close to Chennai there was a prestigious college, where a lot of foreign students studied. They too took lodgings outside the city, as it was cheaper.

The boys from this college were smarter than us country folks. They spoke better English and seemed to have a lot more money than us.

Initially I was wary of this crowd. But with the passing months our nodding acquaintance became more than that and we shared jokes and stories about our respective colleges.

They used to offer us cigarettes, which we politely refused.

One evening, those boys offered me a cigarette and when I refused it as usual, one of the guys got angry.

He became sort of maniacal and started to abuse me using strong language. Then he pushed me on the bench and sitting astride me, he pushed a cigarette into my mouth and said, “Take a puff, take a puff”

I coughed and spat and clenched my teeth. But he kept shoving the butt into my mouth and I could  do nothing but take a puff or two.

That’s all I remember.

The next thing I knew, I was waking up in my house with my anxious parents peering over me.

They told me that I had fainted in the train due to exhaustion and some of my college mates who used to board the same train with me, had brought me home.

I had given my family , my friends  and even myself, a very big fright that day. My mother wanted to rush me to the hospital immediately. My father kept giving me suspicious looks and gently probed me later at night about the incident. I stuck to my friends’ story that I had skipped lunch that day and had fainted due to hunger.

The next day, my college friends told me  what happened.  I had been forced to smoke marijuana or some such stuff. Being new to it, I had choked on the fumes. Then when I had tried to get up, my eyes had lolled upwards and I had fallen in a faint.

Seeing me in that state of stupor, the boys had got off the train and escaped. It was left to my friends to take me home in an auto-ricksaw and lie to my parents as to why I was in a faint.

Though I continued to board the same train everyday, those boys never got into the same compartment as me nor did they ever apologize to me. 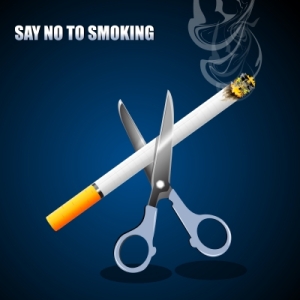 After that academic year, they were not to be seen at all.

Thinking back on the event, I realize that I had had a narrow escape.

PS : A word of caution to the youngsters. It is always best to keep away from people who do not seem right to you.

You know, I could have DIED that day!

This entry was posted in College Capers, Sometimes Sad, We Indians! and tagged drugs, friends, Students, train. Bookmark the permalink.

5 Responses to Train to Trouble.