Phantom In The room 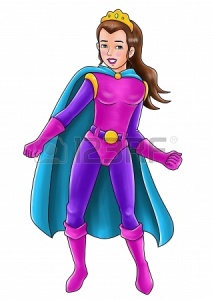 When my mother was a young girl she had a tryst with a phantom. Well, not really.

My mother lived in a huge house with a big garden; She had a lovely room on the ground floor all to herself, which she had decorated to her taste.

Once my grand parents had to go away for a few days. There was just a young servant boy aged about ten years in their house. He used to sleep in the kitchen. My mom’s parents did not want their teen-aged daughter to sleep alone in an almost empty house. So they arranged for an old woman to keep her company.

The woman was the mother of their driver. My mother had met this old woman on many occasions and had liked her.  So she agreed to let the lady sleep in her room. 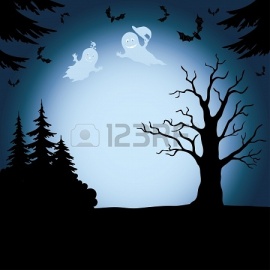 That night my mom went to bed as usual and the woman spread a mat on the floor and lay down. The lights were switched off and they slept.

Sometime during the night my mother woke up with an uneasy feeling. On opening her eyes she was met with a frightening sight.

There was a small glowing flame in the corner of the room apparently hanging in mid-air.

My mother was petrified. Her tongue clave to her mouth, her body became rigid and she went cold all over. Sitting in the dark room she watched with terror as the flame did it’s dance in the air, sometime glowing brightly and sometimes going dim.

After good five minutes had elapsed my mother gathered enough courage to slide out of bed, back away from the moving spark and out of the spooked room.

She ran into the kitchen where the servant boy was sleeping.

The boy listened to the incoherent girl and with false bravado went with her to inspect the room.

Holding hands and shivering all over, they moved  silently towards the haunted bedroom and quickly switched on the lights.

There sitting in the corner, was the poltergeist.

It was the driver’s mother, smoking a nice  fat cigar!

This entry was posted in We Indians! and tagged Alone, girl, Indian, poltergeist, spirit. Bookmark the permalink.

4 Responses to Phantom In The room