Uncle Is A Hero.

Does height matter to win the love of your wife and your family?

On a business visit to Chennai from my native place I put up at a star hotel whose facilities I liked very much. That Sunday evening as I had nothing much to do, I sat in the lobby reading a news paper and watching the large turn out of people entering and departing through it’s massive  glass doors.

In the sofas opposite to mine, dressed in their best clothes sat an excited bunch of youngsters and some older persons.

From their conversation I could understand that they were waiting for their uncle and aunt to join them, so that they could proceed to dinner.

It was their uncle’s and aunt’s fiftieth wedding anniversary and the crowd was sharing stories about them.

One man said, “You know, grandma used to say that it was very difficult to find a wife for uncle. They wanted the perfect match for him.”

“Yes, my mom used to say that they searched for a girl who would look “UP” to him,” said another one stressing heavily on the word, “UP.” 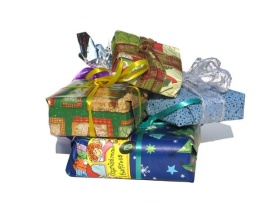 “But uncle is a hero, man. And aunt is his perfect match” said another with pride in her voice

“The stories uncle tells us! OMG. He keeps us in splits. What a gift of the gab!”

Their conversation interested me and I was eager to see this uncle who was obviously a hero to them.

After sometime, one of them pointed to the door and said, “There they are.”

I looked eagerly in the direction they pointed to, while the seated crowd jumped to their feet and ran towards the door, with their bouquets and gifts.

There, engulfed by their hugs and kisses stood uncle and his wife.

And they were so  very SHORT. Almost midgets!

The man was less than five feet tall and his wife, even shorter.

No wonder his mother had wanted a wife who would (literally) look UP to him. 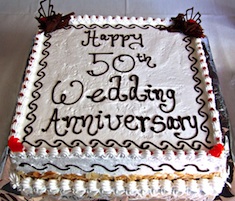 But what amazed me was the man’s confidence.

The man stood proud in a dapper suit and his wife in a lovely silk saree. They were beaming and laughing and accepting the crowd’s wishes with happy smiles.

For all you know they could have been Abhishek Bachan  and Aishwarya Rai or Brad Pitt and Angelina Jolie and not two diminutive people, not even five feet in height.

I learnt a lesson that day.

Height does not matter to have a long and happy married life or to win the affection of your family members.

What the man lacked in height, he more than made up with his exuberance.

At dinner, I chose a table next to theirs and I watched the man enthralling the family with his jokes, stories and mostly with his generosity. There was not a silent moment at their table. I could over hear some of their conversation and many times  I could not stop myself from bursting into laughter.

People might have thought that I was crazy or drunk, dining all alone  and laughing to myself.

But his family had been right.

“ Uncle was indeed a hero!”

This entry was posted in We Indians! and tagged Height, India, Indian, Joy, Looks, well being. Bookmark the permalink.

7 Responses to Uncle Is A Hero.