A few day after our wedding we went on our honeymoon. We meaning, my two brothers , my cousin, my husband and I.

We went to Kodai from Trinelvelli in an Ambassador car. Every morning, I would dress in my finery and come down from my hotel room with my husband. My brothers and cousin would come from their respective rooms and walk to the car. We would get into the car and my brother would turn the ignition key. A funny sound would come from car, it would shake and it would stall. It would not move at all.

Then the poor men would get down from the car. Heaving, panting and thank heavens laughing, they would start pushing  the vehicle.

For the 5 day that we were there, the car refused to start in the morning.  I was told that it had something to do with the diesel getting frozen in the cold. The men would make me sit inside the car and push it down the slope, till it got heated up and the self start worked.

Though it was hard work, my brothers and cousin took it good spirit and made a big joke of the whole thing.

Every night my husband would tease me about the men accompanying us and I would tease him back saying, “My parents have sent them to push the car. How considerate of them!” 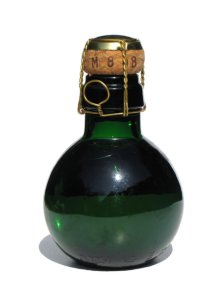 When my husband and I were married we went to Bangalore on our honeymoon. Then we proceeded to a hill station nearby where my husband’s uncle owned an estate.

It was a lovely place and the uncle’s family treated us with a lot of love.

That night the uncle and my husband settled down on the balcony and had a peg or two and talked about old times. Then the uncle took off to his room leaving a nice big bottle of cognac behind.

When I joined my husband at the balcony, he was into his third or fourth drink. Not being accustomed to drinking, he became quite intoxicated. He suddenly lost his inhibitions and started to open up and talk a lot. When I say a  lot, I mean a LOT!

He said that since ours was an arranged marriage, and we did not know much about each other, we should divulge our likes and dislikes.

He set the ball rolling by saying that he loved to play tennis. It was his passion. In music he loved the Beatles. He also liked Abba.  He preferred science fiction. His favourite food was Indian, especially Seer Fish, fried crisp and spicy

He loved sports cars and bikes. The list kept growing. He was well into his tenth or eleventh ‘likes’ when he suddenly realized that he had a new wife sitting before him. He had been negligent and had not included her in his list.

“And now you are quite on the top of my list of favourite things,” he slurred.

By then he was too sleepy to ask about my likes. So we went to bed.

The next day I teased him.

“In your list of favourite things, where do I stand? Am I above the Beatles, but below tennis or above sports cars but below fried fish?”

My husband blushed with embarrassment and quickly brushed aside the events of the previous night.

But now many years later this is still my children’s favourite story about their father. When they are in the mood to tease him, they ask:

“Dad, do you like mummy more than fried fish or less?”

As told to talkalittledo by: MV. USA.

This entry was posted in The Newly Married Indian and tagged bride, groom, marriage. Bookmark the permalink.