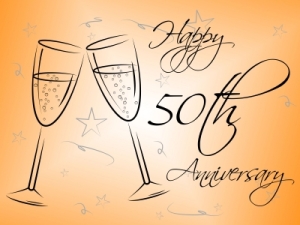 A funny story about my grand parent’s wedding night, does the rounds in our family and raises many laughs.

My grandfather and grandmother got married in the 1930s. My grand mother was 14 years old at that time. She walked from the playground straight into matrimony. That was the norm then and it did not raise many eyebrows.

What was funny about it was, my grand mother had the habit of wetting her bed in her sleep. She did this till she was 16 years old.

She did it too on her Wedding Night!

My grand mother lived to be 98 years old and she never got hear the end of it.

At the cost of sounding risqué, the boys say, “Wet Night.”

While the girl’s say, “She sprinkled him with scented water.”

When we grand children start pulling her legs and teasing her, my grandmother always gave her secret shy smile, vey content in the knowledge that her married life was a fruitful one.

As told to talkalittledo by: Soudha Sha. Tuticorin.

When I got married in 1984 I switched from wearing spectacles to wearing contact lens. Mine was an arranged marriage and my husband and I had never met before the wedding. That was a custom in my family then and my children wonder at it now.

Coming to the story, my husband and his family were not aware that I was short sighted and that I wore contact lens. After the wedding, when we were left alone, my husband looked deeply into my eyes. Poor guy was flabbergasted with a circle he saw around the black of my eyes. For a long time he tried to hold his curiosity. But after sometime he asked me about it.

I told him in a frightened voice that I was short sighted and was wearing contact lens. I was scared he would get angry. But he took it in good spirit. He made me remove the lens before we went to bed. Here I was thinking that I would have to remove it secretly in the bathroom!

When I tell my children this story, they say that it would have been awesome if my husband had been bald or something and had said, “I am bald” and removed his wig!

It really would have been a good tit for tat, right?

As told to talkalittledo by: SB. Chennai.

What is in a name. 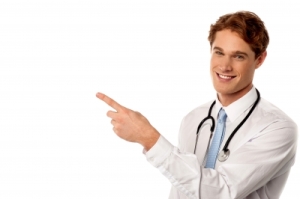 I married my first cousin 25 years ago.

We had lived in the same town and in the same street for 18 years. Though I had played with him as a kid, the minute I turned 14, I was indirectly informed that I was to marry him one fine day. From that day onwards, I felt shy to see him face to face. I would stay in the kitchen when he visited our house but my heart would feel his presence in the next room.

Then we were married. On my first night I was scared that he would ask me why I had kept away from him. As I sat shivering in my decorated bed, he entered the room and sat beside me. I was wondering what his first words would be.

He poor man was also scared of what his first move should be. So he asked, “What is your name?”

We still laugh over that night. He had known me from when I was a new born, been beside me when I was named, played with me as a child, had admired my name next to his, on the wedding card…. And he had to ask me THAT on the day he got me alone!!

Well, the reason is not very hard to decipher. My husband is a doctor. When he is alone with a patient his first question would be, “What is you name?”

Luckily he did not ask me the customary second question which he normally asks a patient, which would have been,

“What is your problem?”

As told to talkalittledo by: VS. Ramnad.

This entry was posted in The Newly Married Indian, We Indians! and tagged bride, groom, humor, wedding. Bookmark the permalink.