Did the history text books speak the same language as the students?

When my nephew was in the fourth standard, he had a fabulous imagination but a poor command of the English language.

How poor, we were to know only after this incident.

He was studying his history text. The story of Jallianwallah Bagh Massacre fascinated him.

I am sure many of you know the story:

In 1919, when India was under the British rule, people gathered at Jalliwalah Garden in Amritsar for the Punjab New Year celebration. General Dyer, the military commander of Amritsar at that time, according to history books, ‘assumed’ that they were going to rebel against the British. He gave orders to his soldiers to shoot at the peaceful Indian gathering. Many Indians lost their lives that day.

My nephew read this historical information over and over again. One particular line in the text kept him pondering for long.

It was : Thousands of UN-ARMED Indians died that day”

We thought that he was feeling sorry for the massacre. But his next question kept us in splits for a very long time. He asked in his halting English:

“ Were many Indians born without hands during the British time?”

The poor fellow had mistaken the word un-armed to mean people without limbs and not those without weapons!

This write-up brings to mind an incident that happened years back when my son had just entered school. 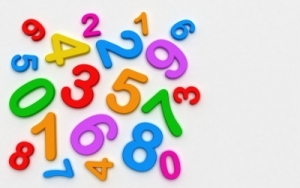 On the eve of his first unit test in Numbers, I was busy cooking for half a dozen unexpected guests. So from the kitchen I asked him to write 1 to 10.

Again he came back with the same three numbers witten in his book. With irritaion I asked him what happened to the rest of the numbers.

This entry was posted in Darndest Things Children Say, School is Fun, We Indians! and tagged armless, English, harmless, Indian. Bookmark the permalink.